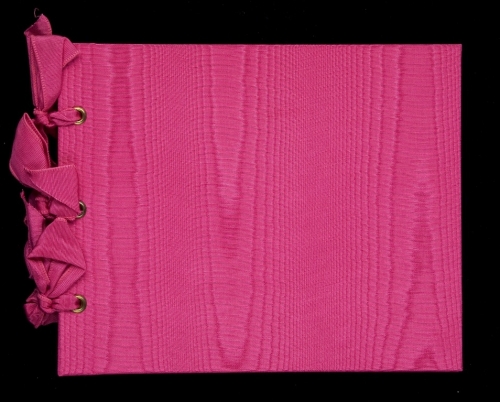 Kirschgarten is an extravagantly glamorous artist’s book published on the occasion of American artist Karen Kilimnik’s exhibition at Haus zum Kirschgarten in Basel, a museum dedicated to 18th-century domestic culture.

Kilimnik’s starting point was an unfortunate circumstance we are all familiar with: you visit a museum, you see some objects that capture your fancy, and upon leaving you find out that there’s no postcard of them. Kilimnik seized the opportunity and created a postcard album with her favorite objects and paintings from Haus zum Kirschgarten. It’s a booklet with a taffeta-moiré cover—some of the books are cerise, others are black—held together by three luscious, elaborately tied taffeta ribbons. Inside you find eight pictures printed on postcard-cardboard. Five of them show objects that appealed to Kilimnik’s trademark sensibility for romance and beauty—the others show paintings from the museum in ornate gilded frames chosen by Kilimnik. A unique object that pays homage both to Kilimnik’s eye for the extraordinary and to the marvels of a domestic culture long past.

Kirschgarten is published in a strictly limited edition of 500 copies (350 in black, 150 in cerise), each one signed by Karen Kilimnik. Published on the occasion of the exhibition Karen Kilimink at Haus zum Kirschgarten, Basel, from May 20 to July 31, 2005. 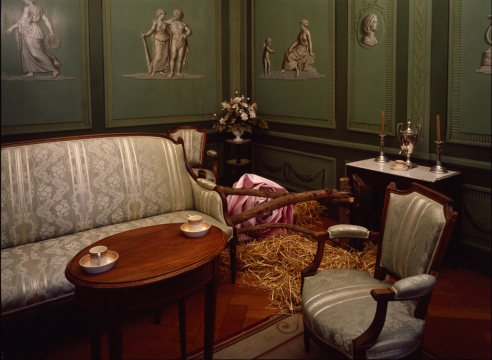