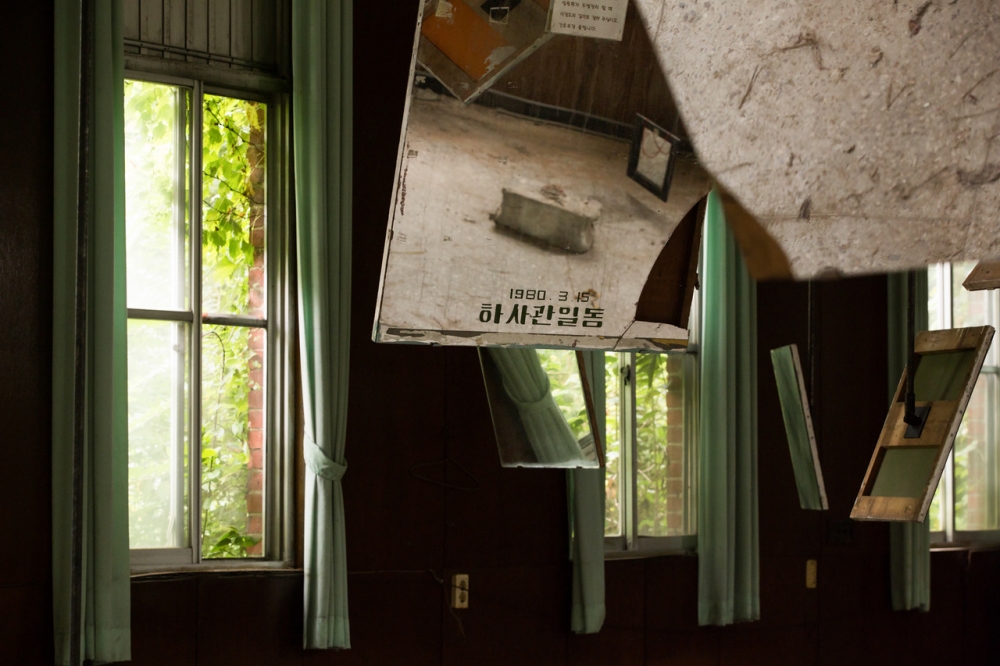 Reflecting the 12th Gwangju Biennale’s theme of Imagined Borders, the Gwangju Biennale Foundation is proud to launch two new international programmes to facilitate exchange and look at the history of the Biennale from new perspectives; the GB Commission which will see four international artists create monumental site-specific new work; and the Pavilion Projects, which will welcome arts organisations from France, the Philippines and Finland to participate and explore the founding principles of the Biennale; democracy, human rights and peace.

The GB Commission: site-specific installations throughout Gwangju
The GB Commission seeks to explore the history of the city of Gwangju and the origin of the Gwangju Biennale, founded to sublimate the scars of the Gwangju Democratization Movement in 1980 into culture and arts. In the process, the Foundation hopes to deliver the Biennale’s ongoing values to audiences far beyond the city limits. Four participating artists, Adrián Villar Rojas, Mike Nelson, Kader Attia and Apichatpong Weerasethakul have been commissioned to develop new site specific works, exploring the historic sites throughout the city of Gwangju in which their work will be displayed.

Mike Nelson
Mike Nelson, who represented Britain at the Venice Biennale in 2011 and has twice been nominated for the Turner Prize, is known for his intricate large-scale installation works that reinterpret the physicality and the internality of spaces. For the GB Commission, Nelson has researched the former Armed Forces’ Gwangju Hospital, a site of great intensity during the May 18th Gwangju Democratization Movement. As an artist who closely investigates the materiality of structures, Nelson sheds new light on the site by using component parts of the hospital, weaving the sense of absence in the vacant buildings within which time and history are imbued with the tangible presence of the ruins that remain.